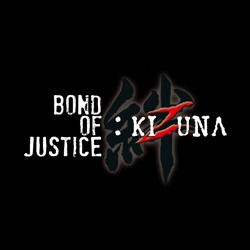 KATE a rookie detective, happens to blunder into a hit job in progress and see assassins. She is about to be killed for cleaning any witness by one of them, Gen, but he takes pity on her and makes her swear that she will never reveal their identities.
Another day, as Kate's best friend is murdered by some group; Gondo's men, Kate finds out Gen as a kitchen cook in the bento shop she is going to normally. She is about to ask her friend's revenge to Gen and other assassins, but she is denied for poor compensation she brings. In the meantime of dealing between them, they accept her wish which is also joining as an assassin who bets her life from the bottom of her heart in the condition with them.
How will she become as an assassin and as a detective......?
We will find out that each one of life is connected to "bond of justice" which is come from friendship, loves, sincerity and truth among assassins.

Brett
A personal trainer. A member of assassins.

David Yeung: He is a son of Bolo Yeung (Yan Sue). He was a bodybuilder, Mr.California.

Siggy Jackson, DealZ: He is the one of Michael Jackson's nephew who means a son of Jackie Jackson. He is also a singer.

Lin
The controller of assassins.


Taka Aoki: More than 150 stage shows in his actor's life

Nana
A daughter of Bento shop

Ryuji Yamakita grew up in Osaka, Japan until 22 years then move to US for having an associate degree and a bachelor degree at Santa Monica college and California State University, Long Beach Theatre Arts. After graduating, he went back to Tokyo, Japan. He works entertainment division such as theatre company, TV, film, event. He has been working in the entertainment industry. He founded an theatre company, “Tokyo Pichi Pichi Boys” and produced more than 100 plays. He wrote and directed many of them. As he worked those entertainment for 8 years in Japan, he decided to go back to US to have more experience by using his abilities. He founded another company called “IKI Company” here in Los Angeles where he produced and directed a few more plays and commercials.
Producer : Ivory Broome

Ivory Broome focused most of his attention learning to be independent while he was growing up. Raised in New York to a family of entrepreneurs, his mom and dad both owned businesses by the time he was 2 and continued to run their business long after he had finish school. During his college years ivory developed the drive to make his own path and one day become a successful businessman and brand.Not long after graduating from acting school Ivory begin working as a full time actor. During this time he earned his Screen Actor Guild card. Ivory started producing films in 2010.While in Los Angeles, Ivory wanted to try his hand in film making and producing Webisode and online entertainment content. Ivory's started Broome Global Pictures & Media and became CEO of Random Pictures & Media Production Company. He continues to produce projects under his name Ivory Broome.
Producer : Alice Aoki

Alice Aoki studied at New York University Tisch School of Arts . She has learned a lot about business management and leadership from her family big franchise restaurant chain since she grow up and influenced by her successful relatives . She has been working in entertainment industry with Major Studios since graduation, then has been mentored by Warner Brothers President, Doheny Family and Arron Spelling family. She is an entertainment commitee of Salvation Army Television, a philanthropist of many foundations for good cause, also a community activist of city of Beverly Hills.

GET ADVANTAGES SUCH AS


Be sure to include 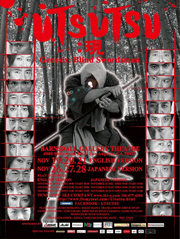 Ask us for detail